When President Donald Trump’s selected Scott Gottlieb—a physician and fellow at a conservative think-tank—to head the Food and Drug Administration, marijuana’s last hope for some help in Trump’s cabinet died out.

Earlier names floated for the position of American drug czar included Jim O’Neill, a Silicon Valley venture capitalist whose claim to something other than infamy is that he’s a friend of Peter Thiel, Trump’s best friend in tech, and briefly served on the board of directors for a (failed) California marijuana legalization initiative. But since O’Neill is also an anti-regulation libertarian who advocated for ending the FDA’s practice of testing medicines for safety before they’re sold to the public—which is sort of what the FDA is all about—he received some consideration from Team Trump.

So instead, we have Gottlieb, who has been a dutiful soldier in the fight against giving Americans more healthcare.

Since Congress is taking the lead on becoming America’s death squad, killing health insurance for 24 million Americans, Gottlieb will be best-positioned to address Trump’s purported goal of bringing down the price of prescription drugs. (But not by letting generic drugs in from Canada; that would be… bad, somehow.)

This choice may also impact cannabis reform in America, and not in a good way. With Gottlieb’s elevation, there’s now a trifecta of serious stumbling blocks to marijuana reform calling key shots in the White House.

There are some positives for anyone interested in safe drugs to draw from Gottlieb’s appointment, as a review of Gottlieb’s C.V. and recent speeches published by the helpful wonks over at Vox shows. Unlike O’Neill, he’s actually a physician. He wants a faster approval track for experimental pharmaceuticals, and he wants to give doctors more power to decide what treatments may be best for their patients.

Most of this sounds OK. And it might be.

Gottlieb does not appear to be nearly as ideological (in all the wrong ways) as Tom Price, the current head of the Department of Health and Human Services who was a staunch anti-medical-marijuana vote while in Congress. And he’s no Jeff Sessions (for there to be multiple living, breathing Civil War re-enactors in Washington’s echelons of power would be a neat trick).

Parsing his own words, Gottlieb appears almost agnostic on cannabis. Aside from tweeting out links to a few studies, he has said next to nothing on the subject. He doesn’t have to. With Gottlieb, there’s one significant problem: He’s a very, very good friend of one of marijuana’s sworn enemies.

After leaving the George W. Bush-era FDA, where he served as a top deputy, Gottlieb jumped straight into the arms of the pharmaceutical industry.

As Leafly News reported, he’s been a consultant for several very big pharma firms and raked in $400,000 from pharmaceutical companies in recent years. His ties to drug companies are strong—and drug companies, you may recall, really don’t like marijuana. At all.

The lone statewide legalization initiative to lose at the ballot box in November was in Arizona. There, the anti-legalization campaign received a $500,000 donation from Insys Therapeutics, the pharmaceutical company that manufactures Fentanyl, the ultra-powerful synthetic opiate that’s believed to have killed Prince. I

n company SEC filings published by the Intercept, Insys executives stated what’s now become obvious, even as White House officials deny it: Legal marijuana is a viable substitute for prescription painkillers peddled by pharmaceutical companies. Other pharmaceutical companies have donated to similar “anti-drug” measures across the country. There’s a tinge of irony because the cash comes from drug companies; the donations are more “anti-drugs that aren’t the drugs we sell.”

Nearly all significant progress toward undoing the War on Drugs and pushing for more knowledge about cannabis and what it does to our brains and bodies has been at the state level. That’s good, but it can only go so far.

Across the country, scientists and now elected officials are lamenting how little we actually know about marijuana. The federal government wields significant power over scientific research—feds decide where grants go, and the feds also have control over the lone supply of marijuana available for study.

To push forward, cannabis is in need of an ally—someone who will make it easier for researchers—if Trump’s people were serious about deregulating everything, including restrictions on who can study Schedule I drugs like marijuana and how, maybe, it would be a good thing.

But with Price and Sessions calling shots over Gottlieb’s head, this seems unlikely. Trump’s cabinet remains an anti-marijuana minefield.

You can keep up with all of HIGH TIMES’ marijuana news right here.

by Chris Roberts at High Times 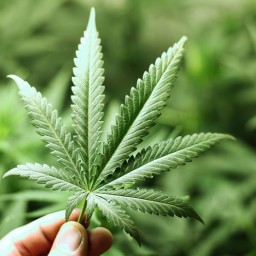